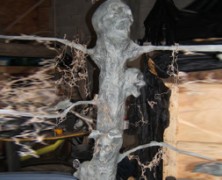 The Haunted Yard in Ontario, Canada is host to Draven Cemetery, which is apparently so terrifying that it is actually scaring the trees!  Well, at least one that we know of.  The Petrified Tree is the brainchild of Trevor Baldwin, owner and caretaker of Draven Cemetery, and it’s a great... 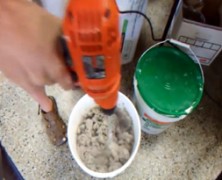 Those of you that work with paper mache regularly may find this a real snoozer, but if you’re looking to get started with paper mache clay, or are just looking for a good recipe for paper mache paste you need to watch this video.  There are a ton of recipes for making your own paper... 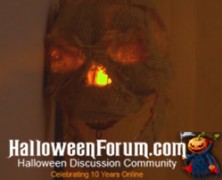 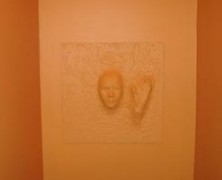 If you want to add a bit of subtle detail to your haunt walls, Violetkitty has an instructable for a Spirit Panel that could very easily be used.  The tutorial is based on an original idea titled Ghosts in the Bookcase Halloween Project, and it’s a simple way to add some depth to any... 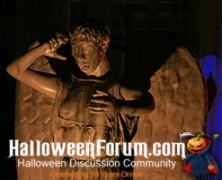 I’ve never really watched Dr. Who, but I’m sure glad that MacabreRob over at HalloweenForum has because the “Blink” episode of the British television series gave him the inspiration to build two life-sized angel statues for his haunt.  To say that the statues are... 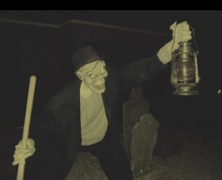 I’ve wanted to build every prop I’ve come across lately, but none as much as I want to build this one.  The Gravedigger that Mizerella at 102 Wicked Things To Do created for her cemetery is amazing looking and doesn’t seem that difficult to pull off (said the guy... 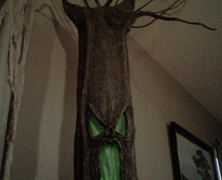 I’ve always been a big fan of the scene in Snow White and the Seven Dwarves when Snow White is running through the forest and the entire evil forest is trying to grab her.   I love that scene, and I’m pretty sure Mizerella from the 102 Wicked Things To Do blog is a fan as... 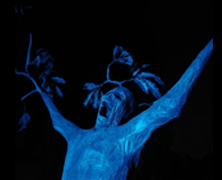 When I was little the one thing that used to creep me out more than anything was walking through any kind of wooded area.  I was certain the trees were alive and it would absolutely freak the heck out of me.  I never truly felt like I was alone out there.  Thank goodness I didn’t see... 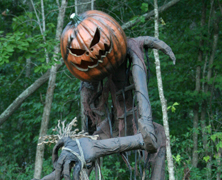 The Making of Grim

In 2008 the Grim Hollow Haunt created an incredible looking prop simply named Grim.  This sinister looking creation stands approximately 5 feet tall and represents everything I fear is walking through the woods at night.  I cannot imagine a better prop to welcome guests to a haunt than Grim,... 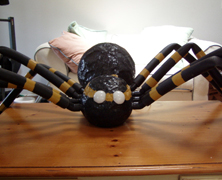 Every home deserves an over sized spider hanging around on the roof, and if you can blow up a balloon you might just be able to create your own. Dano from Dano’s Spider House has a tutorial on how to create some really good looking paper mache spiders that are worthy of any haunt.... 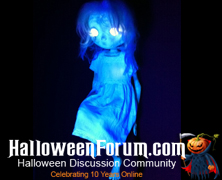 Clockwerk from HalloweenForum has built a really eerie, almost cartoonish looking Ghost Girl and has posted some great pictures and a brief tutorial on how it was constructed.  This creepy little girl sits atop her tombstone with an ominous glow beckoning passers by to enter her cemetery....