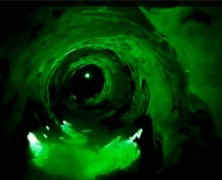 I’ve always wanted to post a link to a tutorial on how to build a laser vortex but I’ve not been able to find one that wasn’t either too detailed to the point of confusion, or lacking in detail, which is equally confusing.  Luckily, UrDaddyO31 posted a short video... 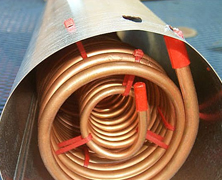 This may just be the ultimate homemade fog chiller, but it’s going to take some skill and effort to find out just how ultimate it is!  It uses the same basic concept as Froggy’s Vortex Fog Chiller, but does so much more efficiently.  Put simply, this chiller will continuously pump... 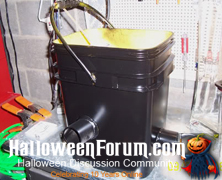 Serialc0d3 over at HalloweenForum.com has a great tutorial on how to build your own Vortex Fog Chiller for very little cash.  Now, there are many containers you can use when building your own vortex fog chiller, but reusing a Tidy Cat Litter pail is the ultimate “green” project.... 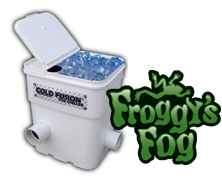 Fog machines operate by moving fog juice into a temperature controlled heat exchanger that vaporizes the fluid and produces the fog.  Since heat rises, the fog that is produced usually ends up hanging anywhere from the top of the fog machine to the top of the ceiling.  I’m...