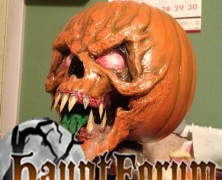 What do you get when you take a plastic skull and shove it into a funkin foam pumpkin?  Epic awesomeness is what you get my friends!  Think that’s overselling it just a bit?  Well, maybe it is, but after looking at the wicked Pumpkin Demon prop The-Hog-Flu built by doing just that I am... 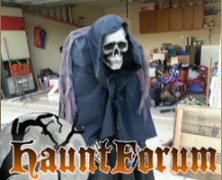 It’s 5 pm on Halloween night and you’ve put up no decorations to great your trick or treaters.  Actually, if you’re a regular at Haunter’s List, there’s probably no chance that this has ever happened to you, but it might be the type of recurring dream that... 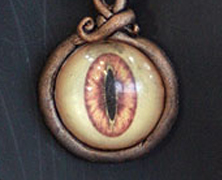 I’ve posted a couple of tutorials on how to make realistic eyes for your props, but the one that Sytnathotep posted over at HauntForum may be the easiest yet.  This method only produces a half of an eye, but sometimes that’s more than enough.  Before you get started on this... 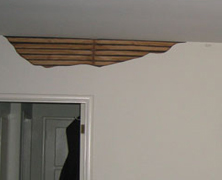 If you’re looking for an effective and inexpensive way to give your haunt some extreme distressing then you may want to check out the tutorial that Marcus132 posted over at HauntForum.  His tutorial utilizes wood grain shelf paper       and a little bit of paint shadowing... 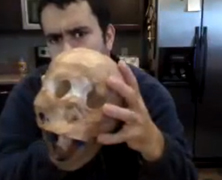 What was it that Dr Kreepy said?  “A home haunt without skulls is like a cake without icing”?  Well what if I like a whole lotta icing?  I’m a big proponent of saving money, and the less money I have to pay for a quality prop the better.  Bearing that in mind, I don’t... 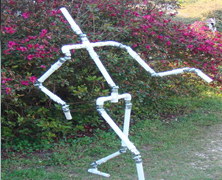 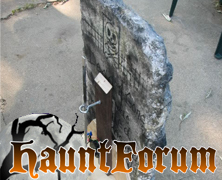 If you’ve ever wanted a headpopper prop in your haunt but didn’t think that a wiper/vent motor would create a good enough effect?  Relax, Dave the Dead has a really good tutorial over at HauntForum on how to create your own headpopper.  What I like best about this one is that as... 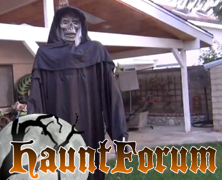 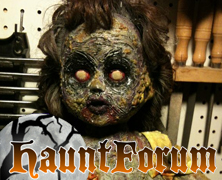 What’s more creepy than those two little girls from The Shining?  How about imagining the creepy dolls those girls would play with!  I expect that they would look something like the zombie dolls that Cyclonejack from HauntForum creates, and he’s been nice enough to create a video... 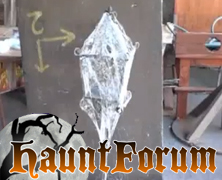 If you’ve ever used the stretchable spider webs that everyone sells you know that they sometimes don’t stay stretched quite as nicely as you’d like them to.  Well the tutorial below from the Dapper Cadaver might be just the solution you’re looking for.  I originally... 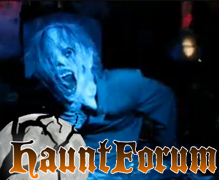 I gotta admit, when I first watched Casa Fear’s tutorial on how to build a simple pneumatic ground breaker at HauntForum, I didn’t think the finished product was going to be worth the effort.  The frame of this prop doesn’t exactly inspire confidence that it’s... 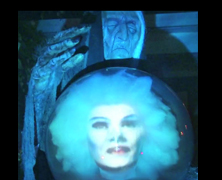 This prop tutorial is an oldie but a goodie.  I first saw Mr. Chicken’s Madame Leota tutorial when it appeared on HauntForum.  He moved it to the Mr. Chicken’s Yard Haunt blog quite a while ago and it deserves to be featured because of the great job he did on it.  Positioning of...