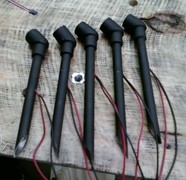 LED lights are like potato chips, you can never have enough of them.  So why would you ever want to buy LED spotlights if you could make them yourself?  Not only that, but I’d be willing to wager that you’re not going to find LED spotlights as slick as the ones Jason over at the Haunt The Yard blog makes.  You’ll need a little bit of talent to get these made, but not a ton, and think of how good your haunt will look at night when every tombstone in your graveyard is lit up with it’s own LED spot. 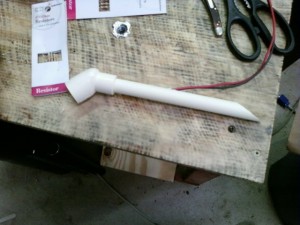 Items needed to create this include:

He’s even included a link to an LED calculator in case you’re planning on deviating from his specs.