If you’ve ever had the need to add some Monster Mud to one of your creations but have never had the pleasure of mixing a batch, you’re in luck.  Sure, you could just reference the Monster Mud tutorial that we posted from Twisted Visions and be done with it, but some of us... 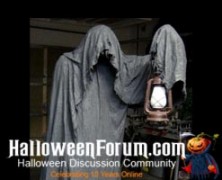 Nothing looks better than a well crafted Monster Mud Reaper standing guard over your cemetery.  As he welcomes recently departed souls to their final resting grounds, this dark and foreboding spirit will cause all eyes to focus their attention to him if for no other reason than to make sure... 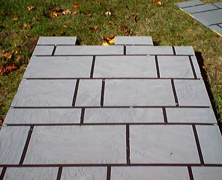 Stone walls for your haunted castle may be hard to come by but if you’ve got some time and some plywood you can create your own.  The Bronson Boneyard has a tutorial that shows how to create a stone wall facade using monster mud applied onto plywood. You’ll start by painting the... 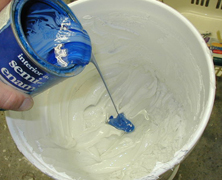 If you’re a veteran prop builder you’re no doubt familiar with how to mix monster mud.  But for those that have never had the pleasure of mixing a batch and slopping a handful on their latest prop, well what are you waiting for?  And since most tutorials reference monster mud with... 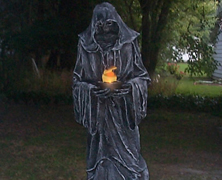 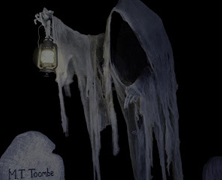