Home » Motorized Props » Scary Guy at the End of the Hall 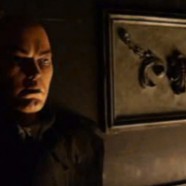 Scary Guy at the End of the Hall

The HollywoodHaunter has a hilarious prop idea for you if you have a corner of a haunt that’s in need of a prop.  It’s also proof that haunt props don’t have to be exceedingly elaborate to add to the creep factor of your haunt.  It’s essentially an oscillating fan with a head on it that appears to be a scary guy at the end of the hall!  What could be easier, right?  I can guarantee you, though, that more than a few people were creeped out by it before they realized what it was.

Items needed to create this include: