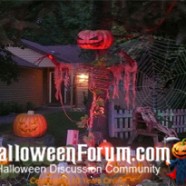 “Because I’m in the garage building the Pumpkin King”

Oh what a different film that would have been, although it probably wouldn’t have changed the overall outcome any.  I’m pretty sure the Empire would have been pretty impressed with the Pumpkin King that TK421 built, and if they ever make their way over to the HalloweenForum they can checkout the tutorial for it.

The skeleton of this prop is composed of PVC.  TK421 rolled up plastic bags to and then hot glued them to the PVC to create the vines around the Pumpkin King.

A milk jug was then cut in half to act as the rib cage with some plastic bags rolled up to create the ribs.  Some additional plastic bags were added to the rib cage, arms and legs and a heat gun was used over the entire frame to effectively corpse the Pumpkin King. 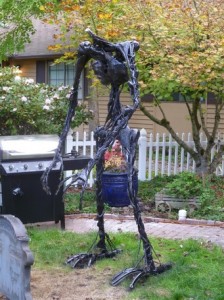 After giving the Pumpkin King two coats of black paint this incredible Pumpkin head topped it off. 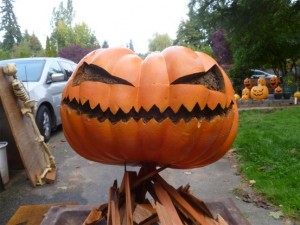 This Pumpkin King looks completely menacing as it stands guard over his mini pumpkin empire. 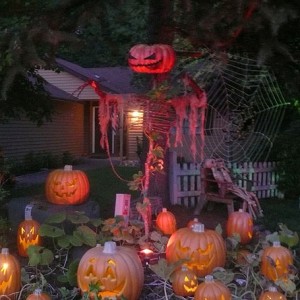