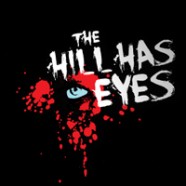 When truckloads of hazardous waste were dumped into this abandoned quarry in Franklin, Wisconsin, nobody had any concern for the residents of the nearby mobile home community. The mutations that followed have riddled this 130 acre site with mutants hungry for human flesh.

The Hill Has Eyes offers two Haunted Trails and a ride on a run down chair lift which rewards its survivors with a trip through their 3D Zombie Maze.  After you’ve toured all of the attractions you can kick back in the beer tent and enjoy some music with a few of the undead or relax at the bonfire.

After the side effects began to develop, the mutated hillbillies were shunned by the public and forced to grow their population amongst themselves. Taking refuge in the nature that once surrounded their small mobile home community, they built homes and shelters using materials found in the landfill.

Mutated inhabitants, confined to the landfill, hunger for fresh human flesh. In Hunger Hollow, the captured are brutally butchered, eaten and given a satanic burial that harvests their souls into the walking dead.

Try to escape Zombie warfare by hopping a ride on The Ski Hill’s Scare Lift, ascending you into the horror of the hill.  Nothing can prepare you for the terror that awaits you as you board a rickety chair lift, once the cause of horrific accident, which took the lives of 43 skiers back in January of 1973.  The lift is now operated by these Zombies and continues to act as a death trap for those brave enough to take a ride.

What waits for those who survive the Scare Lift is The Hill Has Eyes newest attraction – Wisconsin’s very first 3D attraction — The Zombie Maze.  There is only one way in and only one way out.  Good luck finding your way through this complex maze that enlightens a whole new type of scare of your sensory skills.