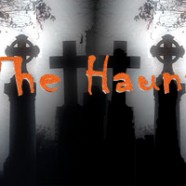 There is nothing more scenic than the streets of downtown Cedarburg, Wisconsin on a brisk Autumn afternoon.  And when night falls, scenic turns to gruesome as The Haunt opens its doors at the Ozaukee County Fairgrounds.  This haunted attraction is celebrating its seventh year of fear in 2013, and they’re waiting for you…

This haunt is run entirely by the volunteer efforts of members of the Ozaukee County 4-H Program, who pride themselves on providing a high scare attraction every year.  All proceeds from this haunt go directly to support the 4-H program.