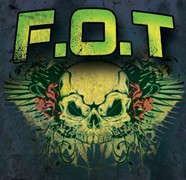 If terror ever needed a manufacturing plant wouldn’t Canton, Ohio be the logical place to put it?  And at the Factory of Terror, screaming is only the beginning.  This haunt resides in a 150,000 square foot abandoned aluminum foundry with the haunt occupying approximately 55,000 square feet of it.  For the second consecutive year, the 3,796 feet of terror-filled hallways that make up the Factory of Terror has been recognized as the “Longest Walk-Through Horror House” on the planet according to Guinness Book of World Records.

This is a state of the art haunt, with four individual attractions offering intense audio and visual stimuli to send you over the edge.

This is the first mirror maze constructed strictly for the Halloween season in the U.S.  And will test your grip on reality.

The Factory itself tests your will to survive this ambitiously phrenetic audio visual treat.

Former Factory founder Mr. Terinz built a house in the middle of the production line.  When his unstable mind became too fragile for the demanding long hours the killing spree that followed gave birth to the Massacre on Mahoning.

Successful completion of the first three shows are rewarded with a 3-D experience that breaks the mold of clowns and silly effects.