A good pair of horns is hard to find.  Actually, I hardly ever just “find” horns laying around so it’s pretty much up to me to buy a pair, or make a pair.  If you’ve ever seen the horns that you can buy at the store then you probably already understand that this is not...

If you would have ever told me that I could make three straws look like a bone I would have been skeptical to say the least, but the instructable that chany1964 created on how to Make a Realistic Compound Fracture does just that!  If you’ve got even a tiny bit of skill with makeup... 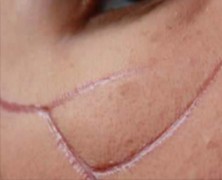 Scars are a easy way to change someone’s appearance without investing a ton of time and effort, and this tutorial from beautysbadhabit shows just how easy it can be.  The main ingredient is rigid collodion, which wrinkles the skin as it dries.            ... 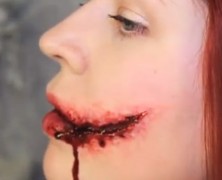 The Chelsea Smile is an absolutely barbaric way to permanently disfigure and possibly kill someone.  I cannot imagine in my worst nightmare doing this to another human being, but then again, that’s what nightmares are for.  And rest assured, if you’re interested in giving people... 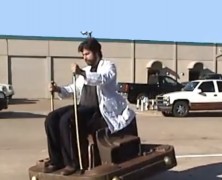 So is it a prop or is it a costume?  That’s the question I was left with after watching the tutorial on the Anti-Gravity Machine that Brick in the Yard Mold Supply created.  However you decide to categorize it, there is no question that it is completely awesome.  It’s an... 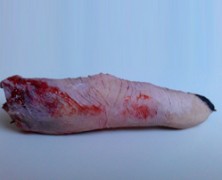 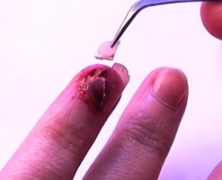 I Ripped Up My Nail!

I’ve never considered wearing artificial nails, and I’ve never actually had a reason to want to.  Those are things I used to say prior to coming across this video tutorial from KlairedelysArt.  The fact of the matter is that if you’re taking the time to do you own makeup,... 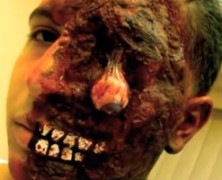 I suppose you could settle for a plain old latex mask this Halloween, but if you really want to put some fear into the kids this year, try utilizing the Burnt/Two Face tutorial that Mel Rose made.  It’s a really easy effect to accomplish, though you may need some help applying the... 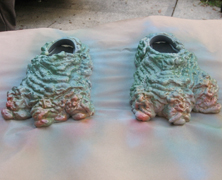 Dave Simon is a good dad.  I don’t actually know Dave, but any father that makes his three year old daughter a pair of pink and purple monster feet is my kind of dad.  His tutorial on how to Make Monster & Alien Feet is not only easy and inexpensive, but the feet actually look... 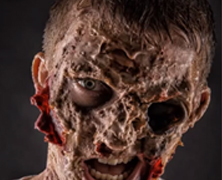 Ich fürchte, zombies, aber ich habe nichts dagegen, wie einer aussieht. Every now and then a tutorial comes along that is so good it leapfrogs it’s way to the front of the Haunters List line. Such is the case with this great video tutorial from Stefan Schäfer Photography.  In this video... 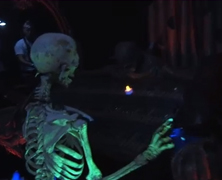 I wasn’t sure if I wanted to post a link to the Nimble Fingered Skeletal Organist tutorial that the guys over at Night Frights posted since it’s part prop and part actor control.  It doesn’t really fit nicely into any of categories we’ve established at HauntersList,...