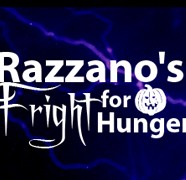 Hunger is a scary thing, but at Razzano’s Fright for Hunger, you can help those in need while having fun at the same time.  This charitable Haunted Walk-Thru located in Watervliet, New York is a “FUN RAISER” where patrons are asked to bring food donations in lieu of an admission charge.  Canned goods and non-perishable food items are collected and are donated to Mary’s Soup Kitchen located in the Immaculate Heart of Mary Parish on 7th Avenue in Watervliet.  Mary’s Soup Kitchen provides hot meals, or food baskets for those in need. 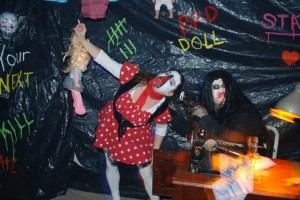 Now in its 10th season, Razzano’s Fright for Hunger has evolved from a yard haunt to the charitable event that it is today.  The outpouring of support that this group has received from the community and beyond has helped inspire them to continue growing and giving back to their community.  With over 500 people walking through in 2012, they’re hoping they can count on you this year to help Scare Off Hunger!

We do not charge admission but instead request that you bring a canned good or nonperishable item.