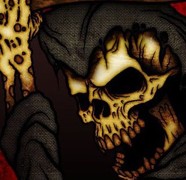 Night Terrors at Wiard’s Orchards boasts of being the “Grandaddy of Gore since 1984”, and with 89 acres of terror that very well may be the case!  Located in Ypsilanti Township, Michigan Night Terrors offers six unique haunted attractions and over 115 live monsters.