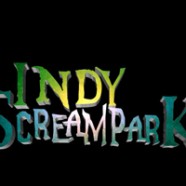 The Indy Scream Park is one of Indianapolis’ largest haunted attractions featuring five spectacular haunted attractions, plus a Monster Midway.  This haunt has been serving up bedlam since 2010 and has been getting stronger each year.  Located just outside of Indianapolis in Anderson, Indiana the park features three indoor and two outdoor haunted attractions on a 120 acre facility.  The Monster Midway offers a large outdoor area for patrons to play games, get a tarot card reading, have a bite to eat, or relax in front of one of several bonfires.  With five haunts for one admission price, be prepared…to get scared!