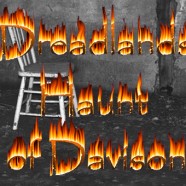 Feel like taking a stroll through Zombie infested woods?  You’d better pack your hiking boots, because the Dreadlands Haunt of Davison in Michigan is a one mile trail of terror.  The woods are home to the former site of Dr. Earnest Adlands’ research clinic, where his experimentation on treating virus infected plague patients was successful on an astonishing 177 out of 214 patients (there is no documentation on what became of the other 37 patients). 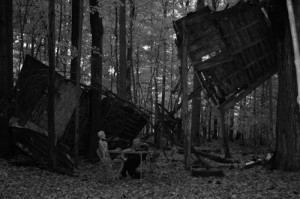 Decades later it became home to a secret military research facility, The Disease Research & Engineering, Atomic Division (DREAD) Proving Grounds.  You’ll have the opportunity to inspect the research laboratories during your hike as well as walk the 47 acre Proving Grounds.

This is not your typical haunted trail, you will get a workout here, and it’s open regardless of weather conditions, however, the research labs are indoors.