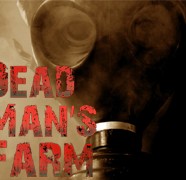 The Bludgeon Family accidentally dug up a sickness in the graveyard. They tried to put it back in the ground, but it wouldn’t stay buried.  Beware of the Plague at the Dead Man’s Farm, the fear is contagious!

This intense haunt is designed to be an assault on your senses and bring out your deepest fears.  Set on a real farm in Lenoir City, Tennessee, this haunted attraction has been visited by three seperate paranormal investigators, all of which found reason to believe it’s actually haunted!  With an all new design for 2013 it’s bloodier and sicker than ever!

After the haunt, be sure to enjoy the Freaks and Fire side show, Dark Magician Danny Whitson, or just kick back and enjoy the concessions & bonfire.  A portion of all proceeds from this haunted attraction benefit the.