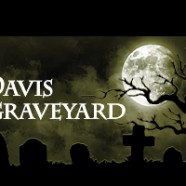 I’ve never been to the Davis Graveyard, but I imagine if I did go I would never want to leave.  This yard haunt has been a Halloween destination for residents of Milwaukie, Oregon for 13 years now, and suffice it to say, Chris & Jeff Davis know how to haunt.  Their home haunt has been featured on FearNet’s Route 666: America’s Scariest Home Haunts, Haunted Attraction magazine, and they’ve even been caught on Extreme Makeover Home Edition.

This is more like a Halloween art exhibit than a mere yard display, the handiwork and lighting on these homemade props is second to none.  If you are planning  on heading out there, don’t be shocked if you’re waiting in line for a while to see it, this is a very popular display.


Price:
Free to view and enjoy