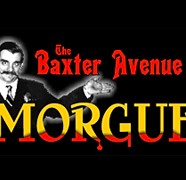 Located in a 100 year old building the 15,000 square foot Baxter Avenue Morgue in Louisville, Kentucky has earned a reputation as one of the most realistically scary haunts around.  And well it should, the creepy location it resides in is thought by many of the haunt’s actors to be actually haunted.   The incredible backstory that accompanies this historic morgue will creep you out before you even set foot in the haunt, and once you do, prepare to see some gore.  The Baxter Avenue Morgue doesn’t rely on high end animatronics, choosing to focus instead on the location’s history as a former mortuary, which allows for some gruesome and disturbing scenes.  This, coupled with actors that are not afraid to reach right out and grab you leads to a high intensity haunt, one that you will not soon forget.